Network BC is committed to helping ensure every one of the 203 First Nations in BC have access to broadband technology. We won’t stop until that happens – and likely not even then. You see, with such infectious passion and drive to give all citizens access to the power of the Internet, it makes sense that Network BC would be avid supporters of the incredible work undertaken by the Pathways to Technology project.

Network BC’s key focus is to expand broadband access to as many communities and locales as possible in the province – essentially to "Bridge the Digital Divide”. The dedicated team provides leadership and support for the strategic use of telecommunications in British Columbia. While a worthy pursuit on its own, this work helps make government, health care information, educational opportunities and other services more open and accessible to people, wherever they live in the province. It also helps us realize our shared vision to improve the quality of life for First Nations citizens.

With our federal partners, the provincial government has invested almost $41 million into the Pathways to Technology project, which is being led directly by First Nations organizations, for First Nations communities. This project has already seen successes in communities like Iskut and Doig River, both of which have been connected over the past year, and with each success, together we are helping bring British Columbians closer together and open and expand opportunities.

"This project would not be possible without the dedication, creativity and collaboration of everyone involved in Pathways to Technology. Community by community, we are making progress and bringing the Internet to the fingertips of more young people and families in our province,” said Stephanie Cadieux, former Minister of Labour, Citizens’ Services and Open Government

As well, provincial ministries and local governments rely on us to provide expertise on the strategic use of telecommunications in BC and its potential for enabling government to improve the access that British Columbians have to provincial programs and information on health, education and economic opportunities.

Network BC is part of the BC Ministry of Labour, Citizens’ Services and Open Government. To learn more about us, please visit www.network.gov.bc.ca. 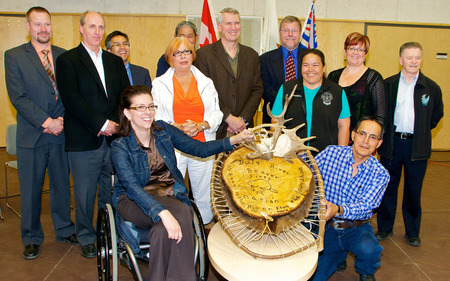